I’ve met a lot of parents in the last 20 months.  And they all willingly and welcome-ly share their journey. For the most part its.. ” yeah… the first three winters were rough”  Or, …”yeah, he had that, he got over it tho. They grow out of it.”    And “Hold on, it’s gets easier”.   A few say “Enjoy this, it gets a LOT harder.”

But through each telling I have a niggling. My questions are not truly being met. Their story is being told, and for THEM it is a solidifying and affirming experience, but for me, the question looms.

“Should I be worried yet?”

The general feeling I get is “NO”.

Some are not, Some did not.

And those ones don’t come to ‘group’ anymore. They aren’t talking. They are silently nursing their grief, anger and sadness. And I don’t want to join them.

My son is still coughing.Too much. He is still wheezing, a lot. He still lays his head down on top of the radio to “hear” the music and now he doesn’t hear me when I enter the room.

He doesn’t hear me.

I come in, call to him, clap my hands, and sing his name, but he doesn’t hear me.  I’m thinking it’s time for a second opinion. A louder voice. A ‘bigger’ doctor to weigh in on Thaniel’s ‘Rightness’ .

I’m so Canadian, so polite. The thing that holds me back are the smiling faces and soothing voices of all the mommies saying “oh don’t worry.. My little guy did that until he was…” fill in the age here.

But what if he’s not?

I allowed the same polite nonsense to mess with the first few school years of my third child Joel.  His teachers insisted something was wrong,  his father and some well meaners insisted there was not. He needed more discipline, “we didn’t have such a thing as A.D.D, back in my day”  He needed prayer to ‘pray’ it away, I needed to add more structure to his life, take sugar out, put greens in, take gluten out, put juices in, take wheat out, put fish oil in, take sulfides out, put minerals in… the list was endless, the expectations lofty… I tried it all and each failure was mine and his. His father called him ‘retarded” and asked his little four-year old face “what is wrong with you?”

By grade two he was uttering such phrases as “I’m too stupid to live” and “I’m sorry I’m me”.

It is to my shame that I let it get that bad, but it was at that point that I stopped being polite, and I called in the big guns. He was seen, and seen again and tested and tested again, and one tiny pill, for a few paltry years restored my sons dignity, his ability to form social relationships, the self-control to sit thru a class and follow instruction and by the end of primary school he was weaned off of it and had learned the coping mechanisms to take himself thru to the end of high school.

Should I be worried yet?

Some will say yes. Some will still say no. I’ve heard all about colloidal silver and green diets, wheat free and oxygen therapy , paleo and vegan, red meat deficiency and my favorite so far.. the “wait it out” method.   I’m starting to get hinky.  I’m starting to wonder if I learned anything the first time around or do I need a two by four to the forehead to understand that I AM THE MOM.  … “I am the sword in the darkness. I am the watcher on the walls. I am the fire that burns against the cold, the light that brings the dawn, the horn that wakes the sleepers, the shield that guards the realms of men.”   To quote a much better writer than I.   And the time for being polite ended the day my first baby boy took his first stuttering breath 22 years ago.  Who knows, maybe I just needed this nudge today. Maybe I just needed this push.  Feel free to add your own if you have wisdom to share.

However, if you have some new fangled,  shiny bangled, prepackaged, free ranged, hocus pocus diet and exercise plan that involves my son and I dancing under a full moon while chanting nursery rhymes….um.. Thank you politely , but we are full up. 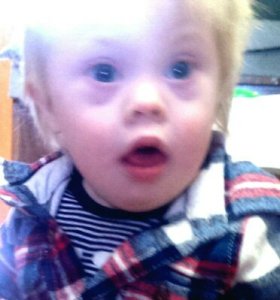 2 thoughts on “Should I be worried yet?”

Music to read by.

The heart of boxing

The Gallery 44 Members Show in the Scotiabank Contact Photography Festival

Go with the flow - but it's all about choice

My writing takes us from the Caribbean to the UK where children and adults have realised that their brains are waking up in response to various brain focused practices, therapies and interventions including the U.K developed A.R.R.O.W. programme. Many of these techniques and methods that I have used have enabled a promising future for those with special needs and typically functioning individuals including my own children.

Pieces of Raymond
Force of Nature

Have some fire. Be unstoppable. Be a force of nature.

Looking Up With Down Syndrome

I'm Down with the syndrome...are you?

Featuring the work of Karin Melberg Schwier, writer and illustrator

Even when they drive me crazy.

My Blog
The Mighty Willow
living and running in lala land

Hoping and running my way through each new day.

Above All Else, Love

A Blog About Noah, Down Syndrome, His Family and the Videos, Pictures and Facts that Tell Their Story